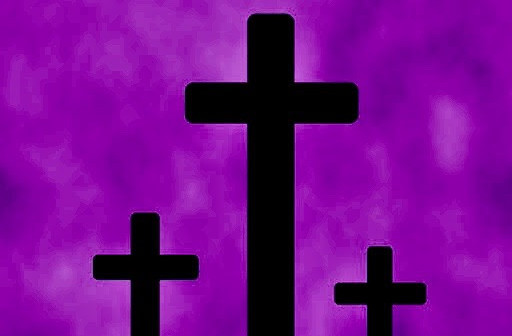 24 From there he set out and went away to the region of Tyre.* He entered a house and did not want anyone to know he was there. Yet he could not escape notice, 25but a woman whose little daughter had an unclean spirit immediately heard about him, and she came and bowed down at his feet. 26Now the woman was a Gentile, of Syrophoenician origin. She begged him to cast the demon out of her daughter. 27He said to her, ‘Let the children be fed first, for it is not fair to take the children’s food and throw it to the dogs.’ 28But she answered him, ‘Sir,* even the dogs under the table eat the children’s crumbs.’ 29Then he said to her, ‘For saying that, you may go—the demon has left your daughter.’ 30So she went home, found the child lying on the bed, and the demon gone.

31 Then he returned from the region of Tyre, and went by way of Sidon towards the Sea of Galilee, in the region of the Decapolis. 32They brought to him a deaf man who had an impediment in his speech; and they begged him to lay his hand on him. 33He took him aside in private, away from the crowd, and put his fingers into his ears, and he spat and touched his tongue. 34Then looking up to heaven, he sighed and said to him, ‘Ephphatha’, that is, ‘Be opened.’ 35And immediately his ears were opened, his tongue was released, and he spoke plainly. 36Then Jesus*ordered them to tell no one; but the more he ordered them, the more zealously they proclaimed it. 37They were astounded beyond measure, saying, ‘He has done everything well; he even makes the deaf to hear and the mute to speak.’

As I meditate on this passage, I am struck by a few different thoughts. First, I was struck that Jesus seemed to be needing a break from the crowds and their demands.  In verse 24, “He entered a house and did not want anyone to know he was there.”  Then in verse 36,  “Jesus*ordered them to tell no one”.  Then I was struck how in both instances Christ’s wishes or orders were disregarded.

Being all man and all God, he has both the need to rest and compassion to tolerate our humanity. If I had the chance to meet God in person and could ask that  my daughter to be healed of her depression, could I resist? Would I have the faith and fortitude to speak in a way to sway the Lord to perform a miracle? Today I do not know.  If he were to heal a friend or neighbor then ask me not to tell, could I hold back that news? I doubt that I could.

In this modern age I am flawed, the way those who had the opportunity to personally know Christ were flawed. Somedays I am more faithful than others.  For me, these current days are very isolating. I reach out to family and friends. I know others have borne much greater burdens, and I hope that my actions will help support the greater good for all of us.

And so, in my own flawed way, may all of us be healthy, may we use this time to reconnect to our hearts, our God, and love.  May we walk this walk with the faith and compassion that Christ demonstrated in his time on earth.